Auke Jul 7, 2011
The song of the Three Degrees shows a photo De-Grees, doesn't match with the sensual music

phunkstarr Sep 24, 2010
big big big respect to dj premier n guru they be cracking the reality for all these yearz

Overspliffed Jun 2, 2010
I'm in love with Ruby Jane. She can cook some marvelous funk and soul and she can spin some delicious meals. The perfect combo to me. The cherry on top? She's gorgeous! Mad love from France.

Brownhornet May 2, 2010
RIP guru-your music is a legendary and a master piece.

Cas.B (co-founder world Wide connects) Apr 23, 2010
Nice set as usual. RIP GURU and may others take example from your music.

Dave Stu Apr 16, 2010
Just a set that makes me grove track to track... stellar by Alice Russell (new favorite female voice!!!!) WEFUNK delivers over and over.

jvgraph Apr 15, 2010
Sup WEFUNK great line up of music very diverse. M.C. Lyte track is classic then thrown in some en vogue and you gotta show for the lady's

Floatie Hock Apr 13, 2010
Funkier than... a '73 Cadillac Coupe De Ville with Gold metal flake paint, and crushed velvet upholstery and smoother than the girl in the back seat!

alek francioso Apr 8, 2010
One of my favourite playlist!
Enjoyn' life on this MuZiK Flavours!

ron solo Apr 7, 2010
damn....i never knew how many ways of "slicin�"the funky drummer"-beat into pieces there were...u guys do an unbelieveble job! One love! and keep your intro�s in exactly THAT style!
One!
R

Live in SoCal Apr 7, 2010
Yo! you guys gotta drop that community peeps education rock uninterrupted. That song is one of the best disco joints I heard for a good while

Check out more from Ruby Jane on Mixcloud 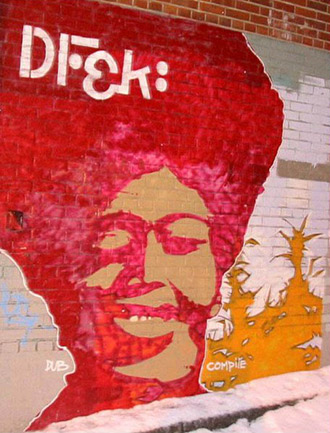