DJ Static specializes in hip-hop, funk, and old skool jams. He started listening to hip-hop in 1988 when he first arrived in Vancouver, Canada from Hong Kong. He quickly fell in love with golden era hip-hip, bumping tapes by giants like Big Daddy Kane, Eric B & Rakim, and Public Enemy, and listening to underground college radio mix shows. In 1994, he bought his first Tech 1200s and got in the mix.

In 1996 Static started the college radio show WEFUNK with partner Professor Groove on CKUT 90.3fm in Montreal. The program has grown over the last 10 years into one of the most popular online radio shows in the world. In addition to being voted top 10 radio shows in Montreal, WEFUNK had the honour of being nominated for best college radio show at the Stylus DJ Awards in Toronto and the best Funk & Soul Radio by Mixcloud. WEFUNK has also been featured in major publications such as Fortune and Esquire and music-focused magazines such as Straight No Chaser. On the strength of WEFUNK, DJ Static was invited to open for Talib Kweli in Amsterdam. DJ Static was also invited to play in NYC by Hank Shocklee, one of the founders and original members of Public Enemy, who is also a big WEFUNK fan. In addition to club residencies in Vancouver and Montreal, DJ Static has been invited to play in places as far away as Memphis, New York, Havana, Hong Kong, and Zurich. DJ Static is also a favorite DJ for street dance events, having played at major events like Under Pressure, Vancouver Street Dance Festival, Bust-A-Move, War Is War, Cypher North, and Gravity Rock. 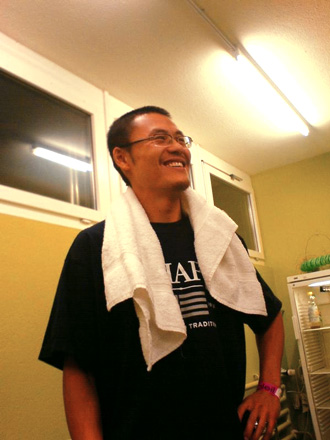