mathieu from france Dec 20, 2010
rocking show!! loads of classical tunes just awesome. wefunk aka way above. keep it up

[FloW] Mar 17, 2005
High I can't get enough of this funky stuff, greetings from boogie down Germany. i never heard a better radio station than this!
I like the hand work by Dj static this man rules! I'am a [hip hop/funk] Dj since 3 years and love it so much
MAY THE FUNK BE WITH US ALL

Kosta Nov 14, 2004
I'm from Serbia,small country in east Europe.You are the best radio...Thank You for P-Funk Funk and OldSchool

ESCOE Aug 27, 2004
slow it down a bit when yr sayin yr phone number! other than that, SOLID as usual

Zmoro Apr 17, 2004
I'm from Poland(small country in east Europe) and this music make me crazy! this is the best radio i've ever heard!

PaulPre Feb 1, 2004
Did anybody know the track-name where the "so step up if you wanna get hurt"-cut comes from???

MrDoctr Jan 26, 2004
this playlist got some nice Wu tracks from back when, keep it comin

Slippy@earthlink.net Jan 25, 2004
I know most of these songs by heart. Static tears shit up in this set as usual. He knows Hip-hop. Please keep spinning guys!
I listen almost everyday!

This playlist is courtesy of the WEFUNK Playlist Project. Thanks to Johnathan James and Nicolas for their work in putting this playlist together. 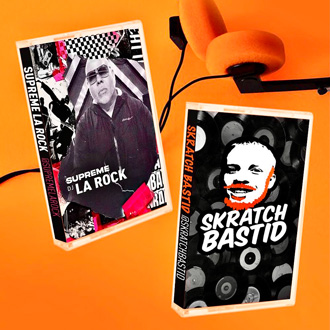