Benjamón Aug 1, 2010
Mix had me dead stop in my tracks and paralyzed with head-nod several times. Nice work, fellas...

Mau Nov 20, 2007
The whole set was great but I liked the song by emilio santiago. Yall should play more brasilian funk

Edwin Sep 29, 2007
first time listening to underground music and i love it

taffie Feb 21, 2006
from curtis to the last,every song is good to me.bananeira is a killah!

Ray Jackson Feb 13, 2006
Jeremiah Pucket by Eddie Fisher is phat yo. I had to buy the CD on Amazon.com. That shit is the truth yo. Peace

mOshaOne Feb 12, 2006
Alwayz playen the WE FUNK up in the Wet Paint Art Supply & Gallery...Tempe AZ!!! Thanks for keepen all the headz in check and my customers dancing...

elmer Feb 12, 2006
big up we funk crew
another fat show
my ears wants to go in canada

Real Dutchie Feb 10, 2006
Keep preachin the gospel of ridiculously good music! Greetings from the Netherlands, that small country on Europe where you are allowed to smoke weeeeeeeeeehaa! 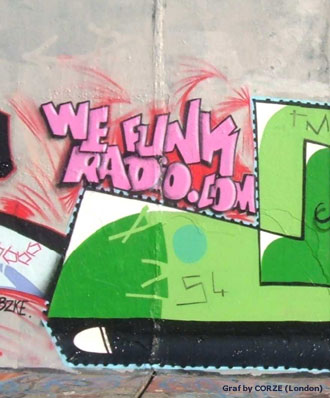