Badger Apr 8, 2013
Aw man, Thanks for playing the Oddisee tracks! I wasn't aware of him before. He's a spectacularly talented artist, knucklebitingly good! ;)

johnplayer Apr 4, 2013
as groove said. the search continues... I appreciate everyones help. these horns taunt me in my sleep!

Jabu Apr 3, 2013
Ok John, another try. When i heard the inro first when it was new, I felt immediately reminded of Don´t let it go to your head by Jean Carne. Horns @ 1:43

Professor Groove Mar 28, 2013
@cc: True it's a similar chord progression, but in the intro it's played by horns and in El Shobey it's guitar. The search continues...

James Mar 22, 2013
I HAVE THE UNKNOWN TRACK !!!
MYSTERY KINDAICHI BAND - THE VILLAGE OF EIGHT GRAVES
Thanks Shazam and Google translate for that one. What a tune!

johnplayer Mar 19, 2013
still trying to figure out the horns sample between 15-30 seconds in the intro.. please help?

ICWeener Mar 17, 2013
Hey there guys, is that the old jingle opening your show? What happened to the last one? peace to the beat

Banana777 Mar 15, 2013
Where ya been so long? I was startin to miss ya'll. Hope to see ya mixes in summer more often. Peace.
Lovee from somewhere in Africa.

Jabu Mar 15, 2013
Very nice show. Please, IF anyone knows the name of the "unknown song" please let me know. This track is a killa

DJ Camero pulls us deep into smokey beats by Evil Needle, the Poets of Thought and Oddisee, then heats it up with (nu)boogie flavors from Neighbour, the Universal Robot Band and Phonat. Plus we pay tribute to the bold funk of "Soul Sister #1" Marva Whitney, and BX heavyweights unite on the posse cut "Cross Bronx Expressway". 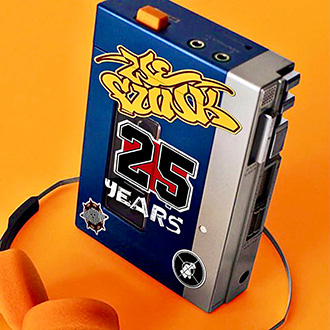